We all know that Samsung is holding its mid-market very tightly with their A-series and M series phones. One by one, Samsung is launching A series and M series phones, but those phones were 4G. Now we are coming to 5G but now there are not many 5G phones in the market. So recently Samsung has announced that in 2021 they are going to release a new phone in their A-series called Samsung Galaxy A 32 5G. Everyone will like the first look at the phone. 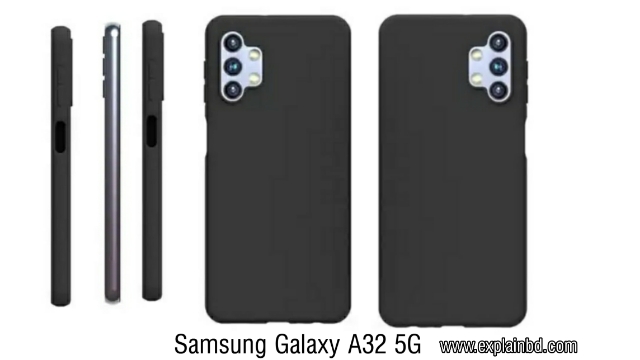 The Samsung Galaxy A 32 5G has three cameras with 64 megapixels as the primary shooter and another 8 megapixels with a macro and a 5-megapixel depth sensor and also 5 MP. This phone has been used as a processor in Midiyatek Helio P65. Used as display 6.4 inc.

The volume keys are located on the right edge of the handset, this phone uses a USB-C port flanked by a speaker grille which is so good things, and a 3.5mm audio port are located on the bottom edge. No official phone picture or anything was given. However, the idea is that the phone will be available in the market at the beginning of 2021.

The Galaxy A32 5G is a stylish device. Although it features a plastic backplate and chassis, it does not resemble the cheap budget phones of the past. The phone comes in a glossy gray color in the United States. Unfortunately, in testing, it rapidly picked up fingerprints and hairline scratches.

The phone is 7 ounces and measures 6.5 by 3.0 by 0.4 inches. The Galaxy A32 5G’s slick surface makes it more prone to unintentional drops than models with textured backs, which is common for a device with a 6.5-inch display. During my testing, the phone slipped from my grasp a few times.